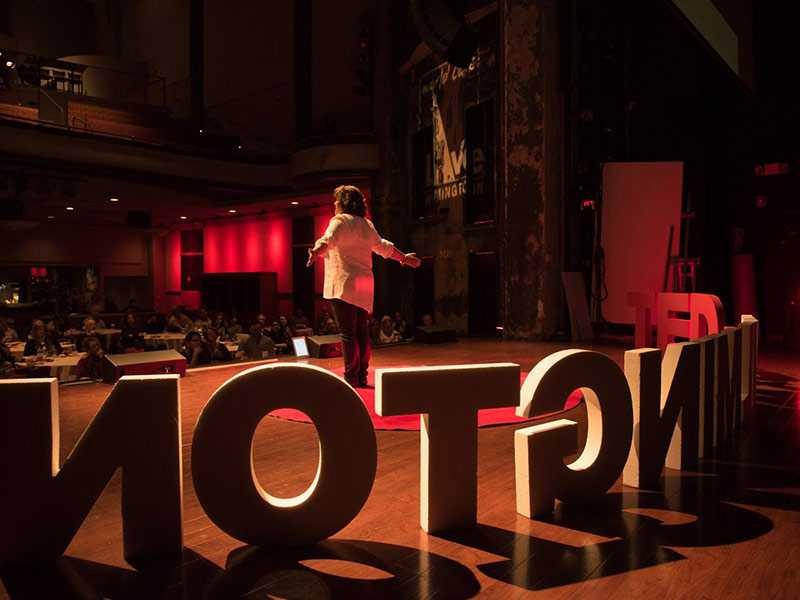 in The Resonant Horse
by Mindy Chernoff
0 Comments

THE BEFORE, THE DURING, AND THE AFTER: HOW I SURVIVED THE TEDx TALK EXPERIENCE

So, one day, many, many years ago, I had a fleeting thought. I would like to offer a Ted Talk. It was a tiny dream, but it had its beginnings, nonetheless. Years later, when I was finally able to attend a local TEDxTalk event, I was thrilled to go. In addition, it was being offered in a prison. I loved the concept of “Ideas Worth Spreading” being offered in a place where they were most needed to be heard. After a day of listening to 12 stellar speakers, I thanked the organizer. Little did I know that those tiny moments put in motion a much larger chain of events. Shortly after my TEDx Talk prison experience, I was chosen to offer a TEDx Talk at the historic Queen Theatre in Wilmington, DE. I mention all this because for me, speaking at a TEDx event was the fulfillment of a dream. Now that the event is behind me, I feel

Everything evolved in three stages:
The Before
The During
The After

THE BEFORE: I feel this was a very insular stage. It was all about “I”. “I” was the one who had to practice all the time, “I” was the one who had to get feedback from those listening, “I” had to be present to my feelings and fear and terror about what I had ACTUALLY committed to do. Fortunately for me, when the fear (Are you really doing this?) set in, I returned back to what I knew; I KNEW my content, and I had to keep practicing. All that being said, the “Before” stage is rather lonely, and, by its nature, more isolating than connecting.

THE DURING: Lo and behold, the Before becomes the During! You arrive to present your TEDx Talk, and there are twenty eight other amazing people who are there, as well!! All have been doing exactly what YOU have been doing, going through all the same emotions and procedures as you. We hugged backstage before we went on. We practiced “Ann Cuddy” power poses. We yawned, to open our mouths more, in order to speak with more clarity. And, most important of all, the “I” became a “WE”. No longer experiencing this alone, I now had the camaraderie and courage of 28 other incredible speakers. It was a profound day. Not just for myself, but for supporting and encouraging all the other speakers, as well. Each one was passionate about their “Ideas Worth Spreading”, and this day had been their day to showcase it to the community in Wilmington, and eventually to the world. Such a grateful day for me, for “we.”

The AFTER: Now that the day is 7 days past, I have the time to pause and reflect. For one, I see that presenting the TEdxTalk was not an end in itself, even if, at first, it appeared that way. It actually has become a way of continuing a connection. Which, I now see, it is all about. Connecting. To myself. To others. That is how the “Ideas Worth Spreading” become real. They reproduce! It is not about “I”, it is about how the ideas touch others and the world. Already, I have meetings with two people who attended the day I gave my Talk. Both coming out to my farm, they are going to be able to see and feel firsthand what the horses can offer.
Post TEDx Talk, I see the need for rest. And reflection. I am incredibly tired. I need to return to what I do best, filling my days with the seemingly mundane routines which are the fabric of my life. Except, those routines are not mundane, at all. They are filled with gratitude and a lot of saying ‘thank you’ as I go about my day.

I really like the fact that there is a 30 day period before one can view their TEDx Talk. I love the sensation of putting it all out there, doing my best, and then leaving it, inaccessible for right now. In this age of instant everything, I must stop. And let go. I am very drawn to that sense of letting to. For better or worse, the Talk is finished. And, now, the challenge for me is, how will I live in the meantime? What began as a dream has turned into a charge to continue to connect. Connect with others with the connection I have with the horses. They carry the wisdom. I m so grateful I can be a conduit, to touch others with the same gentleness my life has been touched. Thank you, TEDx Wilmington! 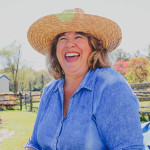